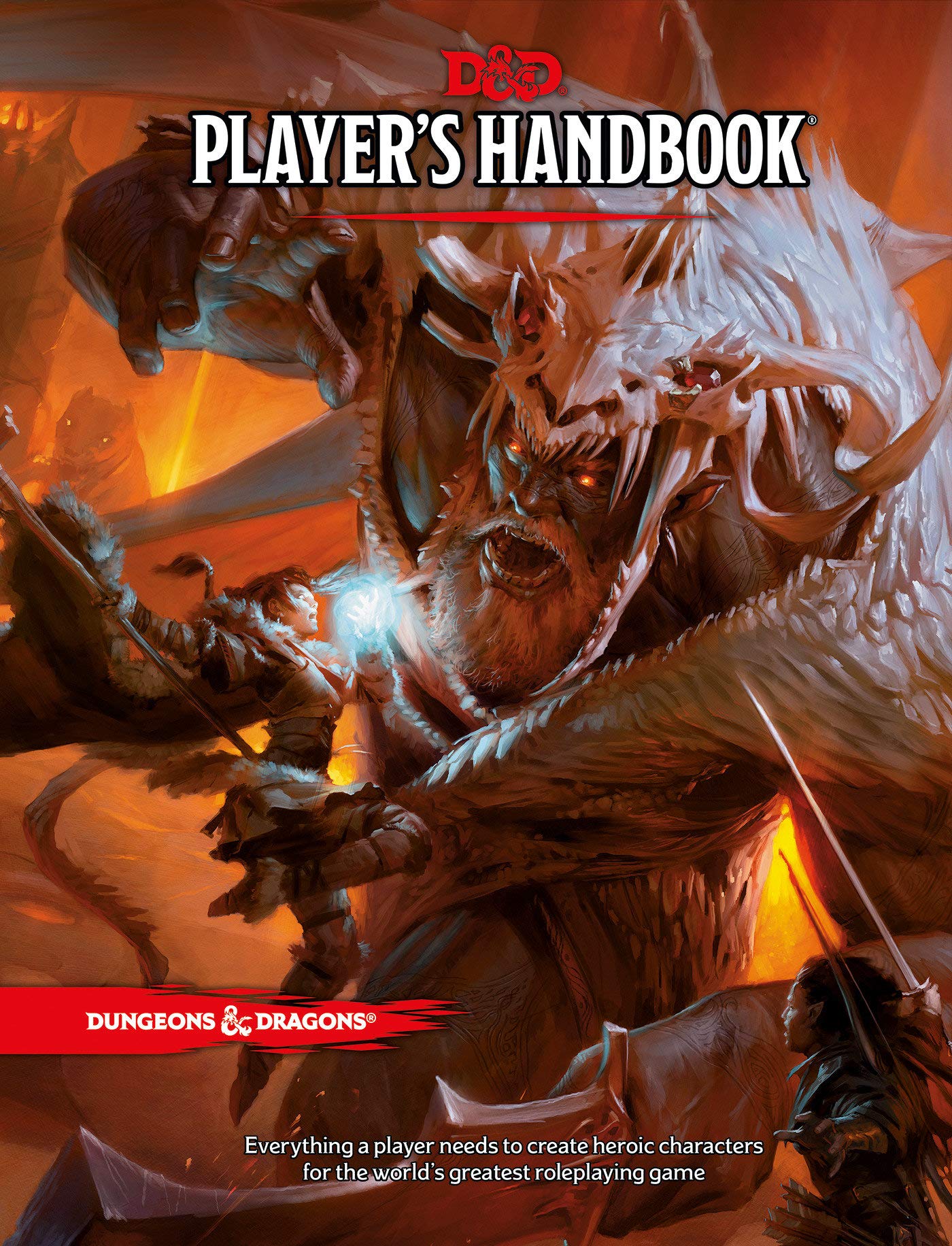 The Player’s Handbook is the essential reference for every Dungeons & Dragons roleplayer. It contains rules for character creation and advancement, backgrounds and skills, exploration and combat, equipment, spells, and much more. Use this book to create characters from among the most iconic D&D races and classes.

• In Dungeons & Dragons, you and your friends coauthor your own legend. Guided by a Dungeon Master, you create characters and play their roles in a story, rolling dice and navigating maps as you unfold a tale as limitless as your imagination.

• The Player’s Handbook walks you through how to create a Dungeons & Dragons character—the role you’ll play in the D&D world.

Any cookies that may not be particularly necessary for the website to function and is used specifically to collect user personal data via analytics, ads, other embedded contents are termed as non-necessary cookies. It is mandatory to procure user consent prior to running these cookies on your website.